First "spring" storm of the year

We may not be to the spring equinox yet but we have hit meteorological spring now as of March 1. Just prior to that we closed out the month of February with a classic rainy and windy nor'easter that impacted Connecticut and the region, melting some more of the rapidly decreasing snow cover. What was not so typical was the intensity as it really pushed a lot of water into our coastline as if we need that after the past two years! Tides were a few feet above normal and moderate coastal flooding occurred here in Stratford with notable spots like Surf Avenue and the entrance to I-95 completely filled with feet of water. Charlie Barnard took these photos of the surf battering the Stratford seawall, much of which was destroyed during Hurricane Sandy. 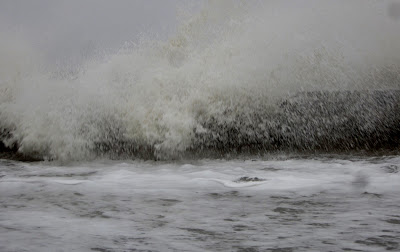 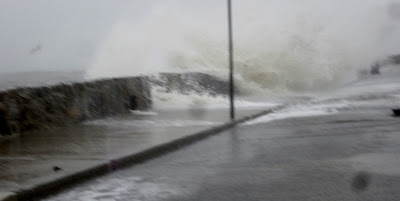 This may end up being somewhat of an issue going forward as our coastline is not as resilient as it was previously after two tropical cyclones back-to-back and without sufficient time to rebuild, reinforce, or most importantly, re-grow. If we only had more vegetation along our shoreline we would have more protection from the waves and the rising water. Beaches with nothing except sand sure make it a lot easier for water to carry that sand away or flow right over it and impact developed areas. Manufactured impediments are always susceptible to the power of water as well as the photos show. This is not the sort of thing we should be seeing from a run of the mill system! As residents on the coast decide whether to rebuild or move after Hurricane Sandy municipalities have to be deciding what they will do to cope with the next tropical cyclone or even these more typical storms, and we hope it will be a suite of solutions with positive environmentally-based choices in mind.

Photos by Charles Barnard Jr.
Posted by Scott Kruitbosch at 11:46 AM