Ruby-throated Hummingbirds coming to your home

Thanks to Alex Kearney for sending in a couple photos of a Ruby-throated Hummingbird from a yard in Kent. Alex has spotted two males and one female so far this year. 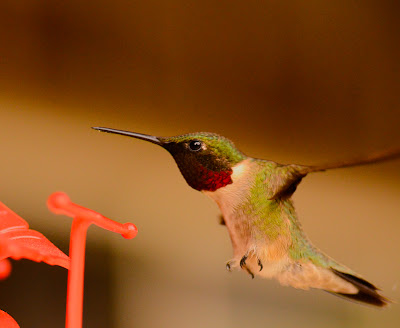 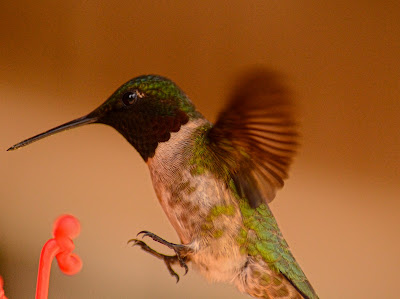 Did your hummingbirds return yet? They were definitely part of the later bunch of birds that moved through with some folks reporting it was nearly the latest or the very latest first arrival date they had recorded at their home. Last weekend was the first time I had one in 2013 as they seemed to arrive in strong numbers along with other migrants. Who would have thought we would have to be thinking about hummingbird feeders freezing in mid-May? Thanks to Alex for these photos and for everyone who feeds, watches, and enjoys their own hummingbirds.