One of our fantastic regular CAS Coastal Center at Milford Point volunteers, Rachele DeLorenzo, has one of Connecticut's more unique birds breeding in her neighborhood. The Yellow-crowned Night-Heron is a long-legged wader that is listed as a species of "Special Concern" on the Connecticut Endangered Species Act. They prefer to live in colonies that must be somewhat near a wet habitat whether it is tidal marsh, coastal areas or offshore islands, or even swamps, wetlands, or large inland bodies of water as they feed primarily on crustaceans.

As Rachele can attest they build large nests of sticks high up in trees with both male and female working together. This year birds returning to Connecticut often found previous nests completely obliterated by Hurricane Sandy. Their rebuilding process is ongoing. Rachele sent me these photos of their work and what her colony has been up to as they prepare for a hopefully successful breeding season. 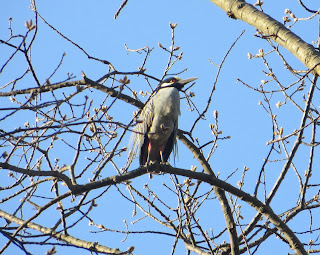 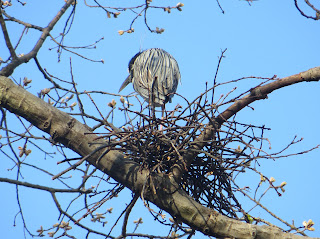 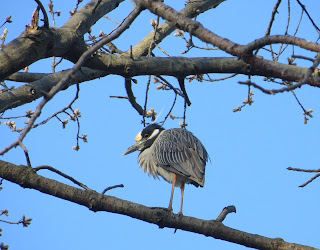 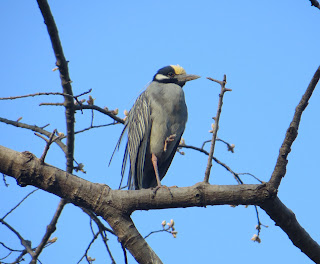 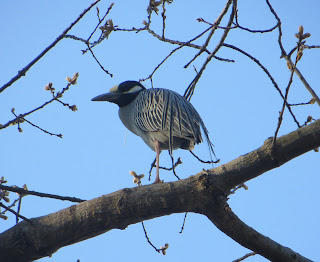 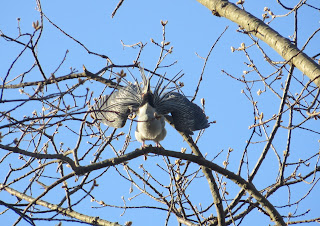 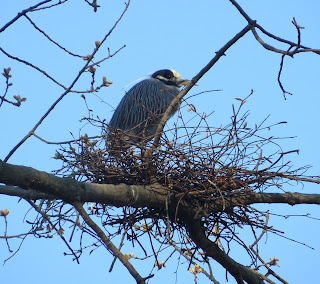 Our thanks Rachele and best of luck to the state-listed birds.

Photos by Rachele DeLorenzo
Posted by Scott Kruitbosch at 8:56 AM