The vernal pools are indeed drying up and the risk of fire is quite high across much of Connecticut as we enter a severe drought. This time of year is usually marked by, well, "April showers" that bring "May flowers". Instead it was some warm March temperatures that brought the flowers, but we have yet to have much in the way of precipitation dating back all the way to the start of 2012.

Take a look at these maps courtesy of the National Weather Service, first the U.S. Drought Monitor and then the U.S. Seasonal Drought Outlook:

At least we are forecasted to have some improvement over the next two and a half months, though it has not come yet and does not look to be in store for us in the next week. How about we take a closer look at our region and our state? 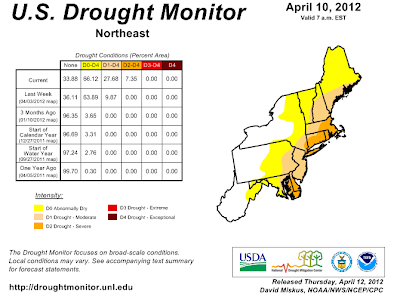 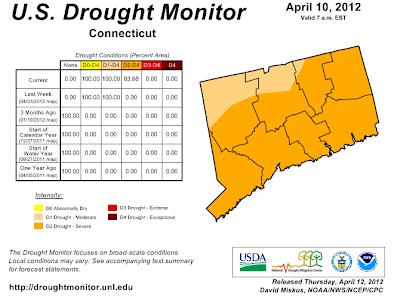