This is the second half of a report on the recent research trip to the Costa Rican rain forest by students from three Litchfield high schools, supervised by staff from these schools and Connecticut Audubon Society. You can find part I of this report here.

Two remaining student research teams focus on different groups of vertebrate animals: amphibians, reptiles and birds. The primary focus of the amphibian and reptile team is monitoring local amphibian populations that had declined dramatically in the late 1980s as the result of an outbreak of a deadly fungal pathogen. Previous years' teams had focused on investigating the spread of the fungus throughout the relatively undisturbed rainforest habitat of the two preserves we work in: Selvatica and Rara Avis. It has become clear that the fungus persists in the habitat and is found in local tadpoles, but the encouraging news is that several species of amphibians that were absent from the preserves for more than 10 years in some cases are slowly starting to show signs of recovery.

The students on this team spend a lot of time surveying suitable habitat and trying to locate the salamanders, frogs, lizard, turtles and snakes that are hidden in the green maze of a rainforest habitat.

Hundreds of amphibians and reptiles were observed during the two week stay, representing 60 different species. 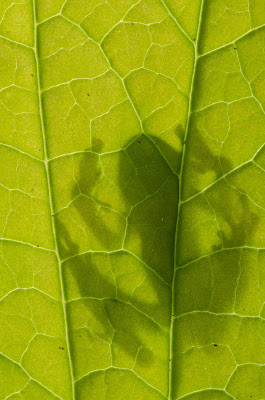 Below is a sample of some of the 60 species observed during the trip:

During last year's trip we discovered a species of salamander that turned out to be a new species to science  (read all about that here). Unfortunately, since we could not obtain the required permits in time, the animal was released back into the rainforest and could not be taken to a natural history museum to be described as a new species. This year we made arrangements with the Costa Rican government beforehand and of course tried hard to find another individual of this new species. We did not find one, but did end up with a related but already known species instead. Even though it was not a new species to science, it did end up being one that had not been confirmed in the preserve yet so it was still a very exciting find. This little Worm Salamander (named after its worm-like appearance - it has only miniscule limbs) turned out to be the 128th species of amphibian and reptile occurring in the SelvaTica and Rara Avis preserves, a combined area of less than 5 square miles. Quite amazing when compared with for example Connecticut, which measures over 5,500 square miles and harbors 22 amphibian and 24 reptile species.
As you can tell from the image below, the lush tropical habitat in the study area is quite suitable to hide many more biological surprises! 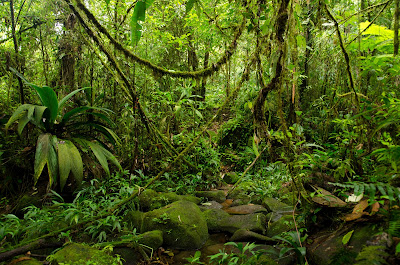 Of course, the main driving force behind the prolific growth of the vegetation here is sunlight, warmth and LOTS of rain. Although of obvious benefit to the habitat, the latter factor can also make research quite challenging at times. This year's bird team struggled with the prevailing weather pattern for quite a while since their main tool, mist net arrays, can not be kept open during rainy spells. As a result it made it tough for them to catch the migratory birds they were hoping for. Additional projects, such as a study of feeding preferences for local hummingbirds, were also hindered by the weather.

Nevertheless, whenever the weather broke for a little while all the birds would start moving around to forage right away again. All in all, the bird team managed to catch an impressive variety of birds and they even banded several Neotropical migrants that winter in Costa Rica.


CAS master bander and Director of the Coastal Center, Frank Gallo, taught his team many things about birds, bird banding and the importance of conserving habitat along the entire migration corridor. Some of the birds banded in Costa Rica in March may actually show up on our doorstep just about now... Let's hope that our banded birds will get recaptured somewhere along their route so that we can learn more about their biology and improve conservation measures that can benefit these species. One of the birds captured this year was one banded by a previous year's team, indicating that it spends its entire winter in the preserve... 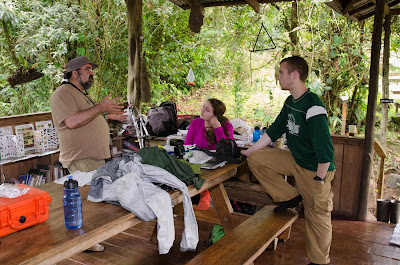 The 2012 Rainforest Project team returned home with a large amount of data that will require much more time still to process and analyze. This year marked the 20th anniversary of the project and this year's dissertation day will be a special one with many alumni returning to see how the project has grown over the years. If you would like to be part of this public event, please join us on Friday April 27 at 9AM at the Forman School, 12 Norfolk Road, Litchfield.