Here are a few photos of some of the dozens of cool butterflies we have recorded at the Aspetuck Land Trust's Trout Brook Valley Conservation Area. The months of August and September are a wonderful time to see some of these creatures flying about the orchard or feeding in wet areas along Trout Brook itself. 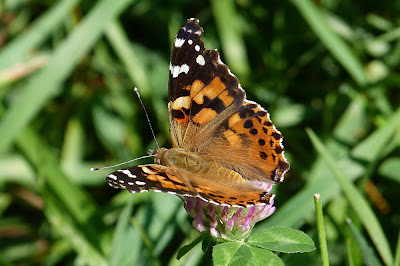 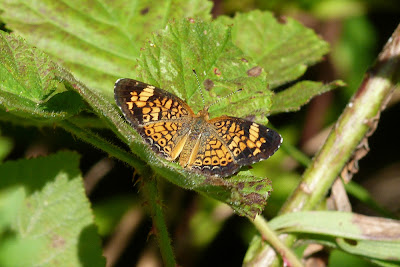 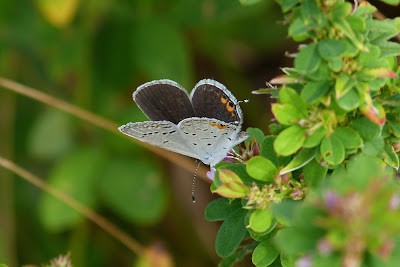 We have found everything from the common Mourning Cloak in March to masses of Painted Ladies moving through the area in late August like the one above. Many of the species recorded have been common and abundant, like a Monarch, while others are scarce or even rare. A great example of a rarity I was targeting and subsequently recorded was the Giant Swallowtail. They have made a huge push across the state this year, and despite missing it during my last entire orchard walk, I ended up spotting one at the corner of Freeborn and Norton roads as I was putting all of my equipment back into my car. It flew by and headed towards Crow Hill, not allowing me to snap any photos but providing us with an awesome record.

2012 has been a tremendous butterfly season across the state, and I am pleased to report that Trout Brook Valley seems comparable to some of the best locations in Fairfield County in strictly terms of species variety and number of individuals.