Perhaps that should be more accurately titled as "irruption" as the lively Red-breasted Nuthatch has been pouring south during this fall migration season from July through now in September, but it feels like they are part of an enormous invasion conquering all of our lands. An irruption is a rapid and often seasonal population increase in areas where a species is only rarely or infrequently seen. It is largely due to ecological factors such as a lack of the preferred food sources in the normal wintering range as the birds head south to find more to eat (and Red Crossbills have started to move as well, hopefully more on that soon!).

They are far more common than your standard White-breasted Nuthatch right now across Connecticut, and visiting any areas of pines or spruce trees or migratory stopover sites along the coast will yield at least one individual, if not several. While at the Boothe Park hawk watch we have had one or two individuals every day, and in my yard and neighborhood I hear one briefly at least every couple of days. They are incredibly active and feed nonstop in the early mornings, except for occasional interaction with one another. 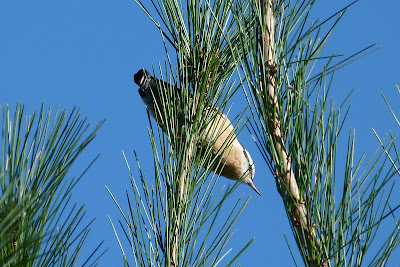 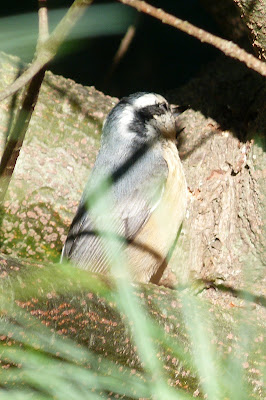 I was able to watch the bird in the photo below ripping into large pine cones, and even in the bright light this slightly blurry shot shows you how fast it was moving with the tasty treat in its bill. 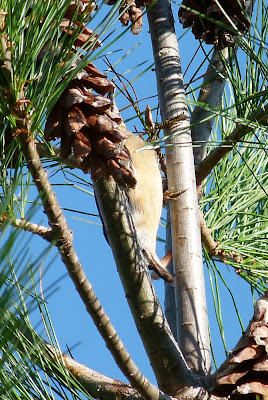 If you provide food for birds in your yard, you may be able to enjoy one of them coming to snatch a sunflower seed from your feeders, or maybe pick at a little bit of suet. I know everyone is hopeful that this is not simply an army that passes through our forests and that some of this irruption ends here with a sizable quantity of birds overwintering with us. Much of that will depend upon how much food our lands hold, and reports on those stores have been mixed. Either way it is a wonderful time to enjoy an occasional and very friendly visitor while we eagerly await the possibility of more long-lost friends visiting us in the coming few months.