Summer 2011 saw the continuation of a unique collaboration between Housatonic Community College and the Connecticut Audubon Society. Eight Housatonic students undertook a fieldwork experience that found them collecting and identifying a variety of freshwater fish and collecting data on painted turtles. These eight students represented a doubling of the student group that worked during the previous summer. This year’s fieldwork was a continuation of the previous summers fish survey of the streams located at the Roy and Margot Larsen Sanctuary and the start of a life history project on the painted turtle population from the sanctuary’s Farm Pond. 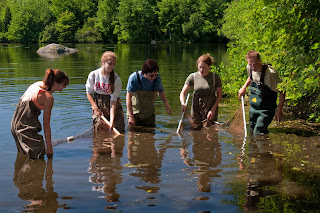 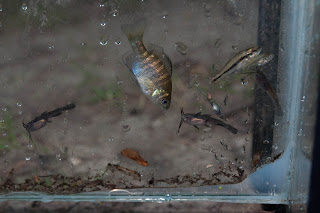 
The students working on this project were a self-identified group chosen from members of my General Biology class.  Students had to commit to working in the field one day per week, throughout the summer and adhere to this schedule despite the fact that no one was paid or given class credit for their efforts. It has always been my belief that students benefit greatly from academic activities that take them beyond the classroom. They experience real world applications of biology and put to practice what they learn in class. 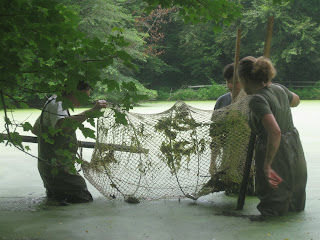 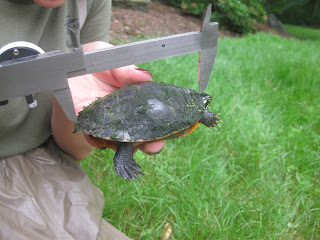 Some of the behaviors and skills that students take away from this project include:

I would like to thank the staff of the Connecticut Audubon Society, particularly Dr. Twan Leenders, Conservation Biologist and Mr. Robert Martinez, President, for allowing us to use their facilities at the Roy and Margot Larsen Sanctuary. Dr. Leenders advice on trapping and marking turtles was invaluable to the project.