Connecticut Audubon Society Coastal Center Director Frank Gallo sent me the following on another apparently record late bird and still more from the migrant trap that is East Shore Park in New Haven...

Patrick Dugan sent me these photos of a Philadelphia Vireo that he took in Newtown on the morning of November 28th. It's the latest New England record by at least a week. There was a Maine record this year around November 17th and one in Massachusetts around November 7th. October 11th is about Connecticut's latest previous record...amazing! 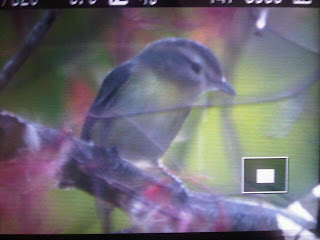 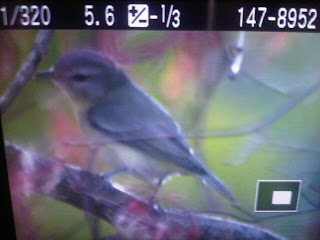 Here are record photos of three of the five species of warblers I found at East Shore Park this afternoon (November 28). There was one Palm (western), one Tennessee (very late), two Nashville (one bright, one dull), a Common Yellowthroat (probably a young male), and a new one for the list, Yellow-breasted Chat (so long as we still call the debated bird a warbler). They showed up around 3:30 p.m. down by the harbor in the tall vine tangle and behind it along the fence. We've now documented 13 warbler species for the park this November. 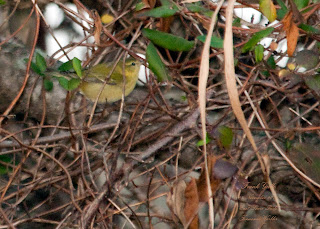 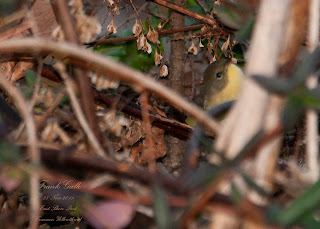 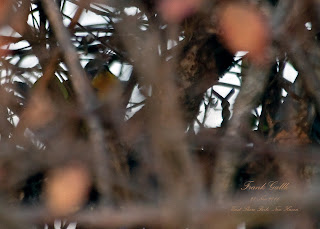