Thank you to everyone who came to Stratford Point's first free public bird walk, held this morning from 9 a.m. to about 10:30 as showers started moving in. We were lucky to be able to avoid much in the way of fog or rain and even wind, allowing for some very good viewing conditions of Long Island Sound. We had a good variety of birds as well, totaling 44 species on the day. That is a very strong number considering the date and the fact that, somewhat surprisingly, many species of waterfowl and ducks have yet to arrive in any numbers beyond a handful spotted here or there. This is probably due to continued warm weather to our north. 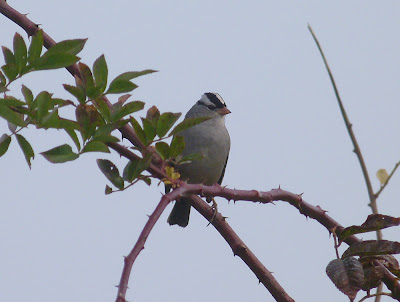 An adult White-crowned Sparrow, seen this morning by the group

We were also treated to some uncommon and rare Connecticut species, which are listed in capital letters in our tally for the day below:

We will be having a bird walk each month, so stay tuned and we will announce the December date soon. Here are a couple more birds seen at Stratford Point this week. The first is an "Ipswich" race of Savannah Sparrow, a state-listed bird we see relatively often along our beach and dunes. Note the lighter overall tones than your typical Savannah Sparrow, the much bulkier size, and less streaking on the breast. 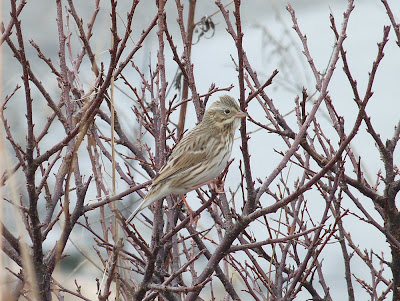 The second bird is another state-listed species, a Vesper Sparrow, with three great photos taken by Twan Leenders. 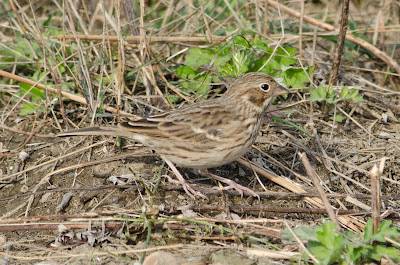 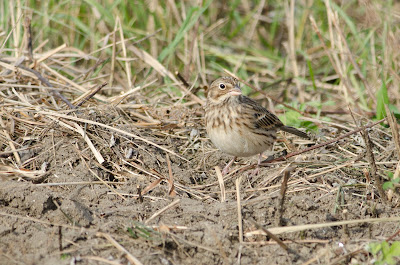 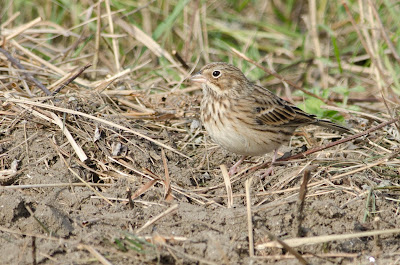